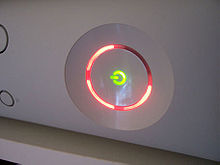 A very common problem effecting Microsoft Xbox 360’s that are reaching eighteen months to two years old is the “General Error requiring service of the Console or Power Adapter” nicknamed the Red Ring of Death or RROD.

Warning signs of the Red ring of death may include freeze-ups, graphical problems in the middle of gameplay, such as checkerboard or pinstripe patterns on the screen, and sound errors; mostly consisting of extremely loud noises that can be affected by the volume control, and the console only responds to pressing the power button to turn it off.

The Red Light of death occurs from mass overheating of the Xbox 360 console. When the Xbox gets clogged with years worth of dust, the Xbox is unable to effectively cool its self with the installed cooling systems. Temperatures soar to extreme temperatures and when the machine has been running at these high temperature stress levels it causes the solder tracks on the Xbox’s motherboard to lift away from there original positions and cause a break in the electronic current. When the Xbox leaves the factory as new The Xbox’s CPU (Central Processing Unit) and  GPU (Graphics Processing Unit) have a layer of thermal paste applied to help conductivity between them and the motherboard.  Due to the extreme temperatures sustained from prolongued usage, this thermal paste dries up, causing the chips to fail.

Here at Gadgets Fix we have a unique and effective way of repairing this problems. We replace the inferior heat sinks with new uprated ones, apply new higher quality thermal paste to the Xbox’s CPU & GPU and finally reflow the Xbox’s Solder tracks to get them to make electrical conductivity again.

Further reading about the RROD problem is well documented here at team XBOX. 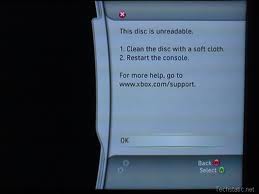 Is you console not reading games or freezing during movies or gameplay?

This problem is caused by the Xbox 360’s Laser malfunctioning. Using media that is scratched or dirty can cause your laser to fail or lasers can fail after continued usage. Causing the Xbox to not read optical media.

Here at Gadgets Fix we replace your Xbox 360’s laser with a brand new optical laser array stopping any of the problems noted above. We also provide a three month warranty on any laser we fit, so if it does stop working again for any reason we will replace it without charge.

If you need any further information about Xbox 360 repairs or any other services Gadgets Fix offer please e-mail us or give us a call.