A good time for new technology! 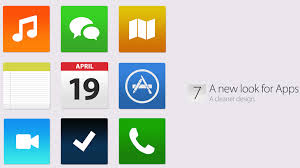 Apple has some great new things on the horizon. The new OS System which is set to launch  in the Autumn of 2013 and also the new Macbook Air. Upon researching these two areas in these two completely different fields of technology, it seems like both of the new products have positive reviews.

IOS 7-Ios 7 is making a appearance later on this year around September.  The format of the new system looks much more colourful and sleek.Also the weather widget will look better than ever, it literally will be like you are looking directly out of the window.

A admirable little feature is the Siri, it now can speak as a female or a male and soon enough in time to come Siri will also perform in a few different languages, something that you can ocupate with at your leisure in your free time.

There is an added feature to the Phone function; if you are busy you can send a custom message such as “I am busy ” or “Talk to you later”, you also have the option to “reply with message” which means you can reply back via text message set to your own custom default.

Icloud is also a very useful device as you can pick up where you left off from your last web page session in Safari. This is very convenient and to a high standard and efficient.

All in all, the features in the new Apple ios seem informative and impressive with all the latest added features. I can’t wait to try it……

The new Macbook air now holds up to an astonishing 12 hours capability of battery life. The Macbook air is immediately lighter and more portable if you were to correlate with other laptops.

The new adapted mic performs well and is consistent as it reduces background noise from everything in the surrounding environment and it has a dual microphone so you are assured to be heard loud and clear.

The lighting has drastically improved, the laptop can be used any place whether it is dark or bright and you will still be able to use your laptop at its optimum performance, current arrousing issues i find with my current slightly older macbook is that when i am using it under sunlight i have difucutly viewing it.

This new Macbook Air sounds reputable and to be built to a high standard, so a positive review- 8/10 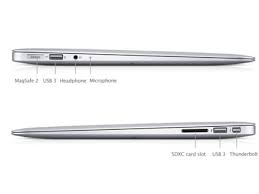